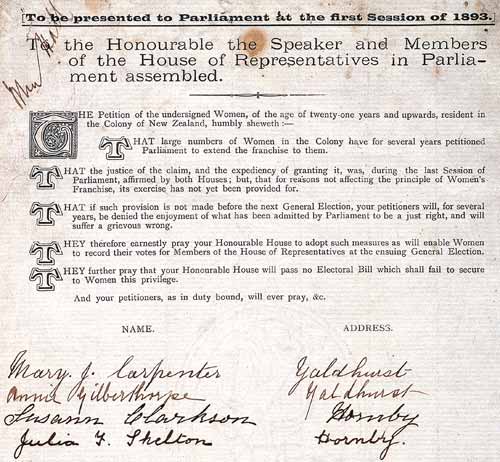 When democratic government was first instituted in New Zealand, only adult males who owned or rented property of a certain value were permitted to vote. Before the end of the 19th century the country had universal adult suffrage. In 1893 women were given the right to vote. New Zealand was the first country in the world to extend this right to all its women. The step was taken only after women organised a vigorous campaign, which included presenting this massive petition to Parliament.