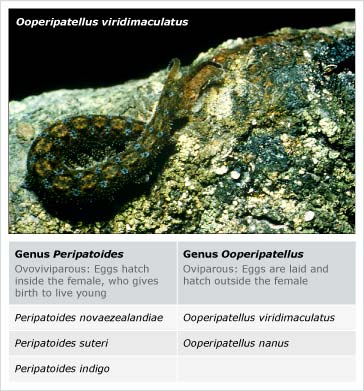 Ooperipatellus viridimaculatus is one of five described species of peripatus (listed in the table) found in New Zealand. It is dark grey with orange specks and has a double row of green spots along its back. Some researchers believe there may be up to 30 types of peripatus in New Zealand, and DNA research is likely to lead to new species being described.