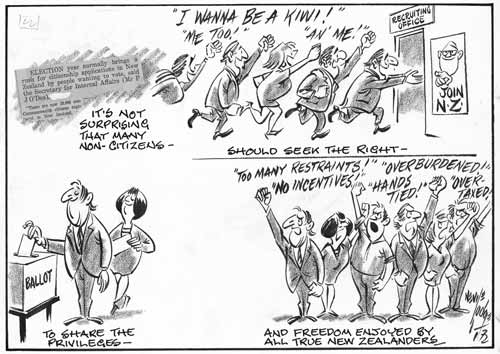 Until 1975 only New Zealand citizens could vote in parliamentary elections. In that year all permanent residents were given the right to vote. In 1972, before the change, the cartoonist Nevile Lodge responded to a news report that prior to the elections applications for New Zealand citizenship had increased. New Zealanders took the privilege of voting seriously – so that they could then exercise their freedom to moan about the government.