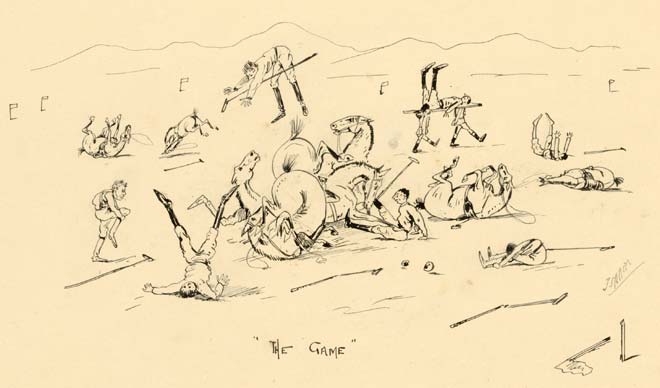 In 1890 the first game of polo in New Zealand was played between teams from Auckland and Christchurch, with Christchurch winning. The following year the New Zealand Polo Association was established, and in 2012 there were 19 polo clubs playing around the country. Cartoonist J. Stuart Allan poked fun at the game in 1895 as part of a series called 'Colonials black & white'. This image is the second in a sequence of three depicting a game of polo. In the first, players are mounted and look dashing, in the second various disasters have befallen both horses and riders, and in the third the battered, bandaged and bruised team line up for a photograph.