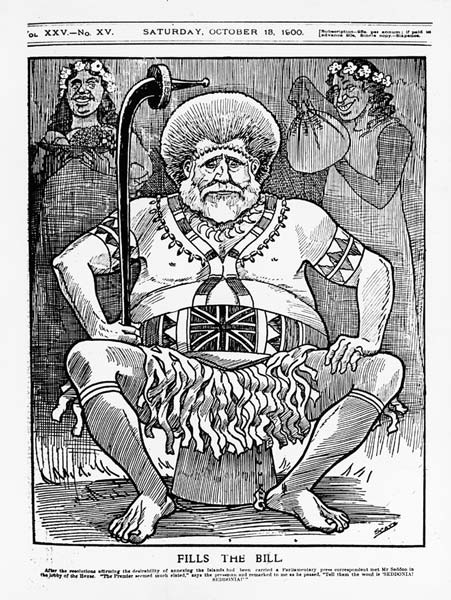 This 1900 newspaper cartoon depicts New Zealand Premier Richard Seddon in mock Pacific Island dress, with a Union Jack flag on his waistband. The cartoon was a comment on Seddon’s enthusiasm for empire-building. That year he had toured the Pacific, visiting many of the islands, including Rarotonga in the Cooks, which New Zealand was annexing. Like many New Zealand politicians, he believed that the Pacific Islands were New Zealand’s first line of defence against hostile foreign powers.

New Zealand in the Cook Islands, 1900