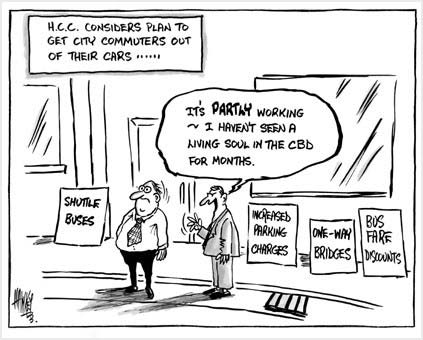 The difficulties in trying to get people to use public transport instead of their own cars are highlighted in this 2003 cartoon from the Waikato Times. Hamilton’s city council was considering ways to get commuters to leave their cars at home and use public transport. The cartoonist suggests that council moves – such as raising parking charges but providing shuttle buses and fare discounts – would mean people would avoid the central city altogether, not a great outcome for city businesses.