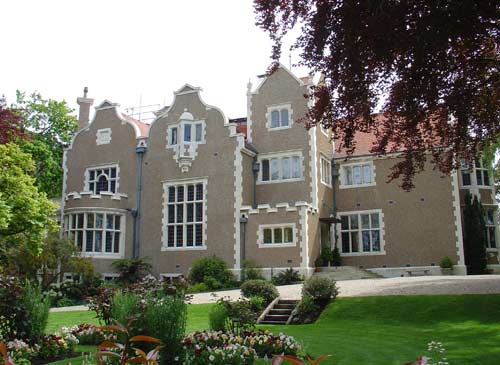 Olveston, a 35-room mansion, was built in the early 1900s for David Theomin, a prominent Dunedin businessman. The son of a Jewish minister, Theomin had emigrated from Bristol, England to Australia, and had then moved to New Zealand in the late 1870s. Olveston was designed by Ernest George, a fashionable London architect, and named after a village near Bristol where Theomin had spent childhood holidays. It was lavishly decorated and filled with a collection of European and oriental treasures. In 1966 David’s daughter Dorothy Theomin left Olveston and its contents to the citizens of Dunedin in her will. The historic home has been meticulously restored and maintained, and is open to the public.