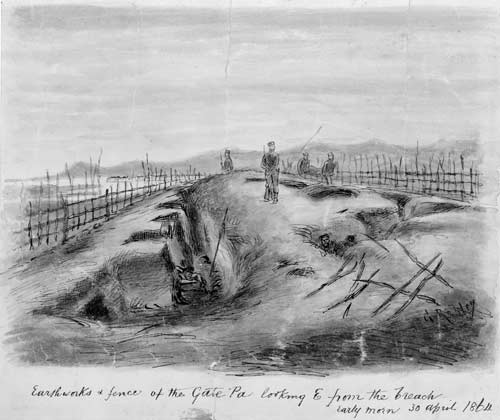 Lieutenant Horatio Gordon Robley’s drawing of the famous battle at Gate Pā shows the scene on the morning of 30 April 1864, after the British had unsuccessfully attacked the Māori defences. Their aim was to defeat supporters of the Māori King movement, but this was not achieved until the battle of Te Ranga seven weeks later.