The wreck of the General Grant (1st of 2) 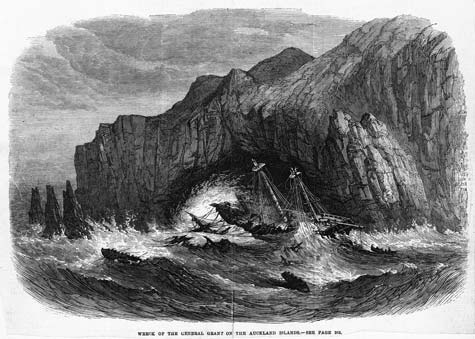 This image depicts the General Grant in its death throes. This is one of the most famous wrecks in New Zealand waters because of the desperate experiences of the survivors on Auckland Island and the ship’s alleged cargo of 2,576 ounces of gold. On a voyage from Melbourne to London in May 1866, the General Grant was wrecked on the western coast of the island. Only 15 of the 83 passengers and crew survived, and only 10 were rescued 18 months later.