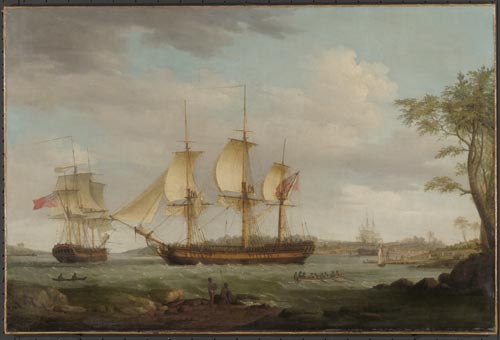 Whaling in New Zealand waters began in 1791, and by 1801 there were at least six whalers there. Among them was the Britannia, shown here leaving Sydney Cove. The Britannia, like a number of early British whaling vessels, was owned by the London firm Enderbys, and it made two more voyages to New Zealand in the next four years.