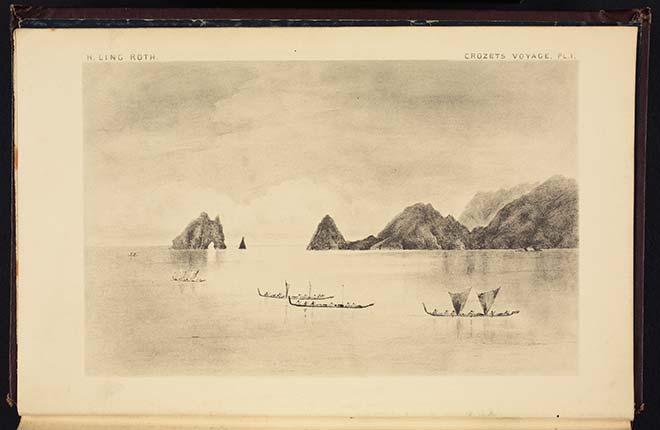 This is the frontispiece of Voyage to Tasmania, New Zealand, the Ladrone Islands and the Phillipines – Henry Ling Roth's 1891 translation of French explorer Julien Crozet's Voyage à la mer du sud, published in 1783. Crozet's book contained many observations of Māori life from the five weeks he spent at the Bay of Islands in 1772. Crozet's largely negative view of Māori followed the local people killing his commander, Marc Joseph Marion du Fresne, along with 24 crewmen.

Sketches of a Māori kite and healing stone