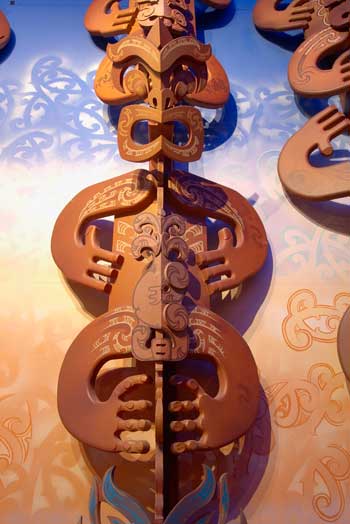 The influence of Porourangi’s descendants spread when Hauiti ousted his brothers Taua and Māhaki from Ūawa (Tolaga Bay) after a dispute over fish. Taua went north-west and fathered Apanui Waipapa, whose grandson, Apanui Ringamutu, became the founding ancestor of Te Whānau-ā-Apanui. This depiction of Apanui Ringamutu is from the marae at the national museum, Te Papa, and was carved by Cliff Whiting.