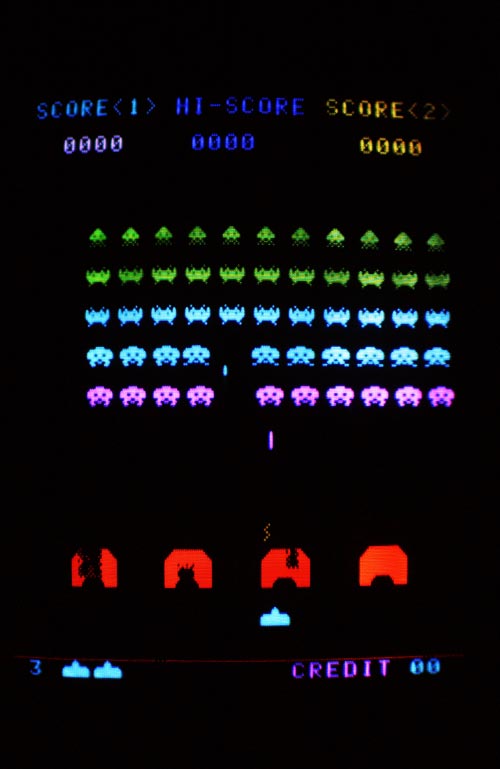 Space Invaders, first released by Japan's Taito Corporation in 1978, is the classic video game. Arcades even became known as spacie parlours. Space Invaders is a simple shooting game in which the player blasts invading aliens with a cannon, partially shielded by bunkers. Rows of aliens move from side to side, shooting as they go. The object is to destroy the aliens before they destroy you. Sadly, this is a screen shot and not playable. Since the early 2000s Space Invaders has been available as a smartphone app.