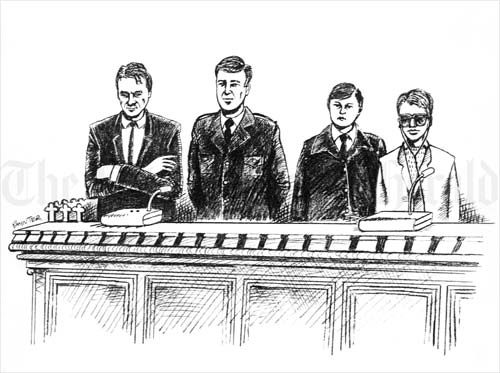 Before television crews and press photographers were allowed in courts, artists often sketched the defendants in the dock for publication in newspaper accounts of major trials. When French agents Alain Mafart (left) and Dominique Prieur (right) went on trial in the Auckland High Court in 1985 for their role in the bombing of the Greenpeace ship Rainbow Warrior in Auckland Harbour, a New Zealand Herald artist sketched them and their police escorts.