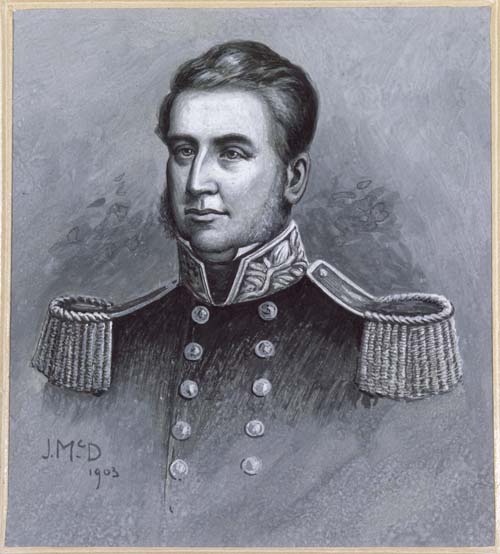 New Zealand's first colonial secretary, Lieutenant Willoughby Shortland, is depicted in his British Navy uniform in this 1903 portrait (a copy of an earlier one), painted long after his death in 1869. Shortland arrived in New Zealand in 1840 with William Hobson, who became New Zealand's first governor. In 1843, faced with determining blame for the Wairau affray – in which Māori and settlers fought over land, and 22 settlers and 4 Māori were killed – Shortland expressed disapproval of the actions of the settlers. He was dismissed from his post later that year.