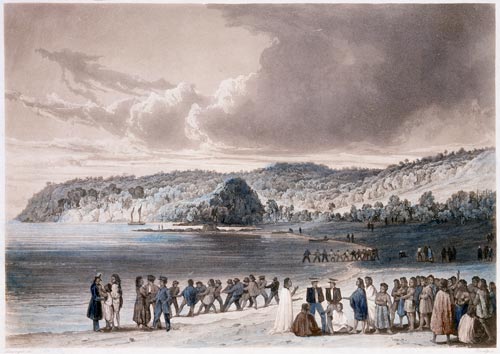 This 1835 painting shows two groups of French sailors hauling in fishing lines on the beach at Kororāreka (later Russell) in the Bay of Islands. Some Māori are helping with the fishing, while a larger group of Māori women are talking to other sailors in the foreground. During the visit of the French ship La Favorite in 1831, its captain, Cyrille-Pierre Laplace, wrote that locals had tried hard to acquire powder, shot and biscuits, while the young women had distracted his men from fishing by running in front of them.