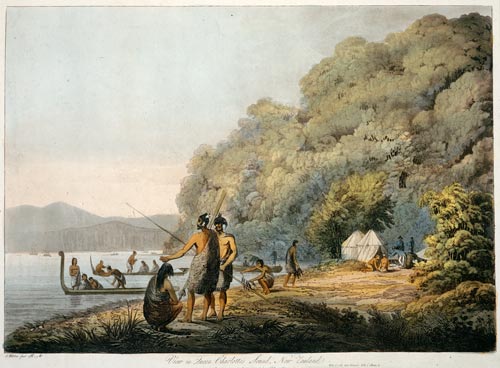 A peaceable camp of Māori and visiting English explorers is shown in this view of Ship Cove in Queen Charlotte Sound in the 1770s. The Māori are catching and drying fish, while the tents in the background house astronomical equipment. On visits like these, sexual contact between Māori and English undoubtedly occurred. Māori understood that the venereal disease that sometimes resulted was brought by the Europeans. In the late 18th or very early 19th century a song was composed about this:

It was the European, who hither brought
The penis with chancres [sores from venereal disease] …