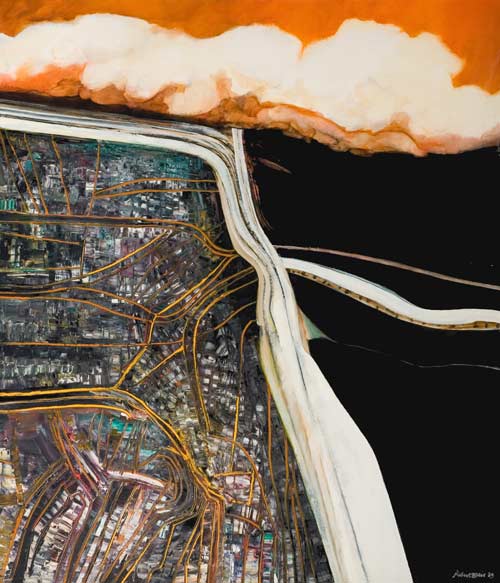 Robert Ellis was influenced by the emergence of abstractionism in the 1950s. It sought to represent subjects in new ways – sometimes to the point where they bore little or no resemblance to reality. His 1969 painting 'Motorway/city' resembles a map: the white lines represent the motorway and the yellow lines are streets.