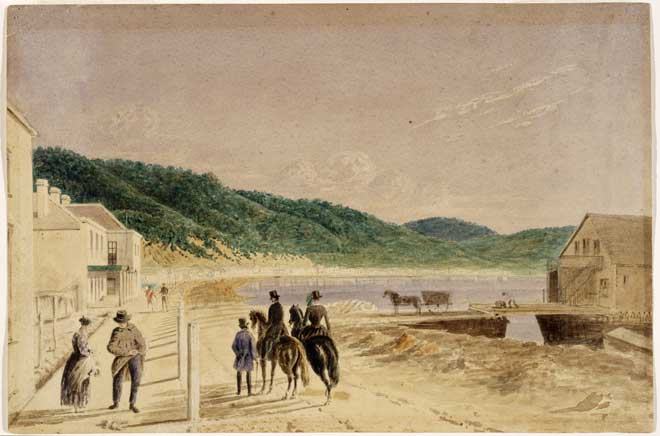 Beaches were convenient thoroughfares until the construction of streets. Wellington’s Lambton Quay followed the Lambton Harbour foreshore and was popularly known as ‘The Beach’ (until land reclamation pushed the shore further away). It connected Thorndon and Te Aro – the northern and southern parts of the settlement. In this 1856 painting groups linger and chat at the quay’s southern end.