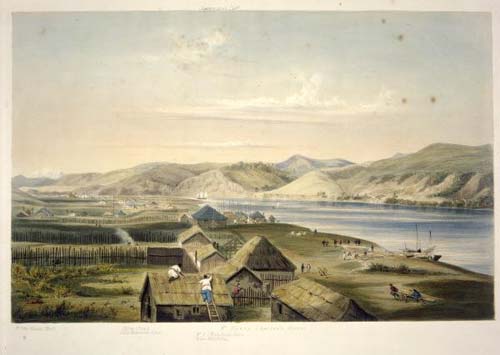 Published in Edward Jerningham Wakefield’s book, Adventure in New Zealand, this lithograph depicts the New Zealand Company settlement at Whanganui (then called Petre). The flat pastoral scene, with thatched roofs in the foreground, was designed to appeal to British rural labourers, rather than being an accurate portrayal of Whanganui. The lithograph was based on a drawing by William Mein Smith, the first New Zealand Company surveyor general.