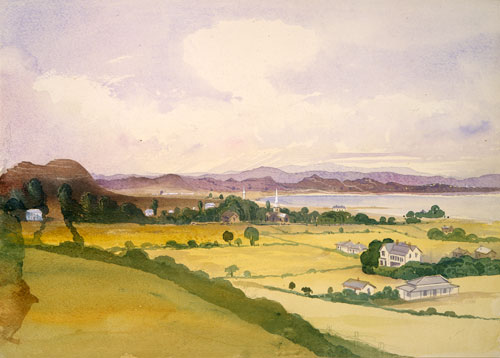 William Fox painted this scene of Onehunga in 1863. The town was one of four Auckland Fencible settlements established in the 1840s – Fencibles were retired soldiers who enlisted to serve for seven years in exchange for land and a house. During the 19th century its port became an important player in trans-Tasman and coastal trade. For a time it rivalled Auckland, but after 1900 its importance declined.