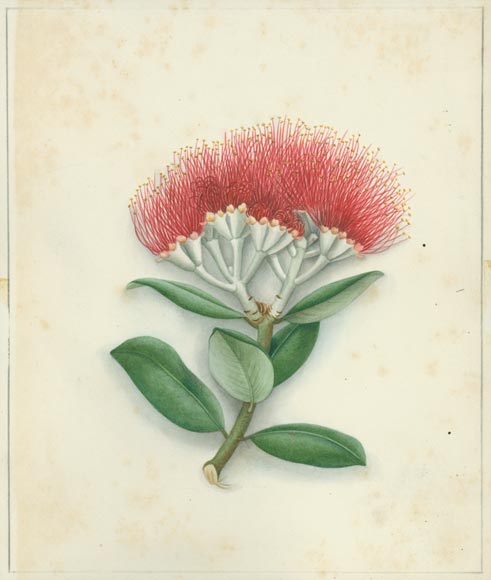 Seven-year old Fanny Osborne (née Malcolm) moved to Great Barrier Island (Aotea) with her family in 1859. In 1873 she and fellow resident Alfred Osborne eloped to marry in Auckland. They later returned to the island, where Fanny raised five daughters and painted local plants and flowers, such as this pōhutukawa. Her paintings are considered exceptional from both an artistic and a scientific perspective.