Gunboat on the Waikato River 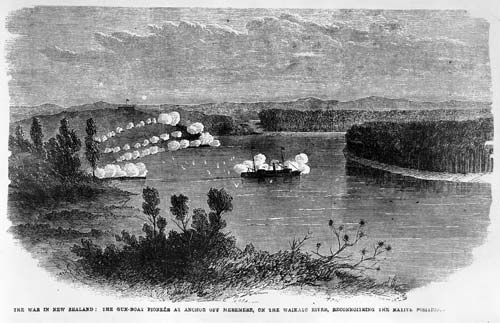 In this illustration a British gunboat, the Pioneer, bombards a Māori pā at Meremere during wars in the Waikato in 1863. That year British forces invaded the region, on the pretext of suppressing Māori rebellion. However, the underlying motive was to gain access to the fertile lands of the Waikato. Local tribes and their allies put up strong resistance, building pā at several points along the Waikato River. The invading force used gunboats to shell these defences.