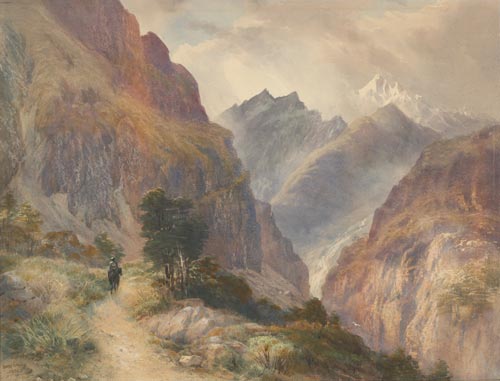 John Gully was the most popular romantic artist of the New Zealand landscape in the late 19th century. This scene, with its high snowy peaks, swirling mist, craggy cliffs and lone rider was not meant to be a realistic portrayal of the Southern Alps – rather, it was intended to stir emotions. Gully’s works helped to invest New Zealand’s alpine regions with a romantic allure.

‘The Bay of Islands’