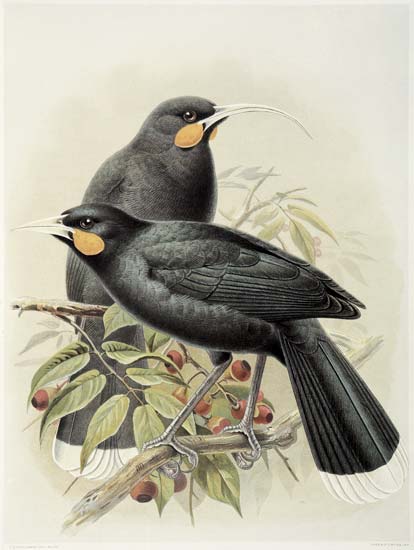 When the huia became extinct, it was particularly serious for the Ngāti Huia tribe, as the bird was central to their identity. This 1888 print by John Gerrard Keulemans shows a pair of huia – the female is the one with the longer beak. Māori often likened themselves to native plants and animals that were becoming extinct.

Gods of the natural world