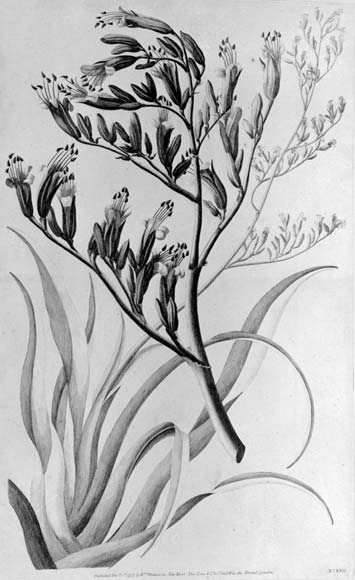 This engraving of a New Zealand flax plant (the flowers are in the foreground) was included in A voyage towards the South Pole by Captain James Cook, published in 1777. It is from a drawing made by one of the artists who travelled with Cook. Botanical artists carefully recorded the unfamiliar plants and animals found by the explorers. New Zealand flax was one new plant that was regarded with great interest. The way Māori processed it suggested that it could also be used for rope-making.