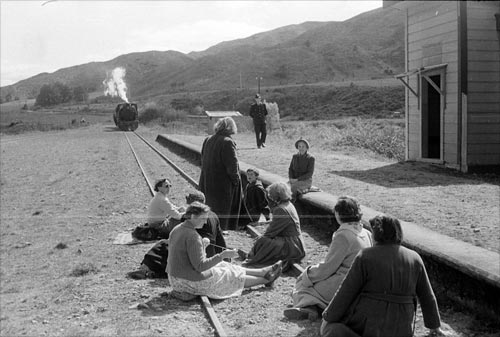 On 23 September 1955 former teacher Ruth Page and four other women drove from Nelson to the small station at Kiwi, where they and others sat in the goods shed and on the railway lines for a week. They were trying to stop the demolition of Nelson’s railway line. Arrested on 30 September, they were convicted and fined for trespassing on railway property. Ruth Page is sitting on the platform. Sonja Davies, later a member of Parliament, is seated at Page’s feet, looking up at the woman standing.