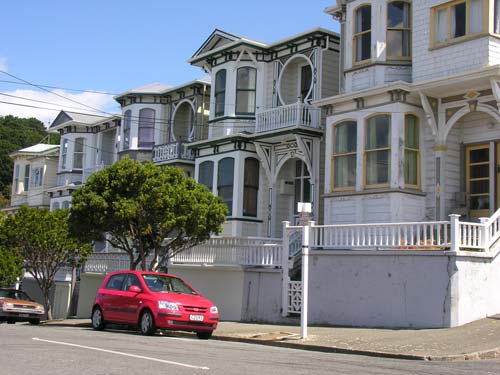 Between 1892 and 1908 Harry Crump built 156 houses in the suburbs of Mount Cook and Newtown, including a row of five in Wright Street. Built in 1905, these two-storied dwellings, in the Italianate style then popular in San Francisco, made the most of their narrow sections. They survive as fine examples of speculative housing in early 20th-century Wellington.