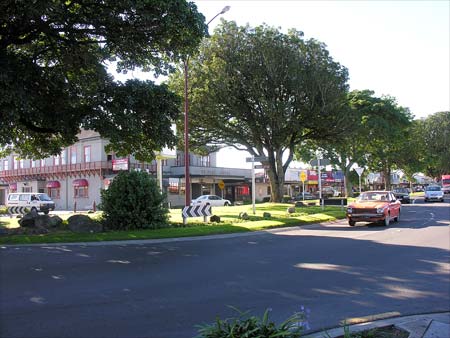 Te Puke’s Main Street was renamed Jellicoe Street, after Viscount Jellicoe, a British First World War naval hero and New Zealand governor-general. This photograph is taken from the same position as the image of 1917, nearly 90 years earlier. The trees have grown, the horses have gone, the cars are newer, but the building opposite is recognisably the same.