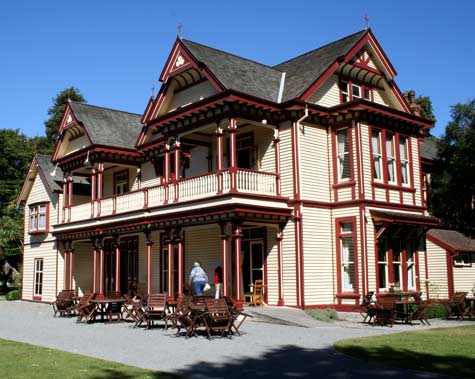 The pioneering Deans family first lived in a small cottage on their farm beside Riccarton Bush. Later they built this substantial house in three stages between 1856 and 1900. It is now publicly owned and has been restored by the Riccarton Bush Trust. It has a restaurant and is used for private functions such as weddings.