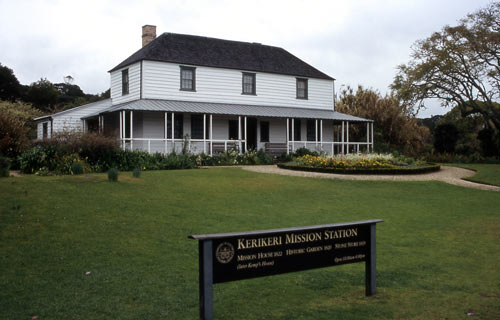 The Kerikeri Mission House (sometimes known as Kemp House, after the missionary family that occupied it) is New Zealand’s oldest surviving European building. Built by missionaries and Māori sawyers and carpenters in 1821–22, the simple wooden house was occupied until 1974, when it was presented to the New Zealand Historic Places Trust (now Heritage New Zealand).