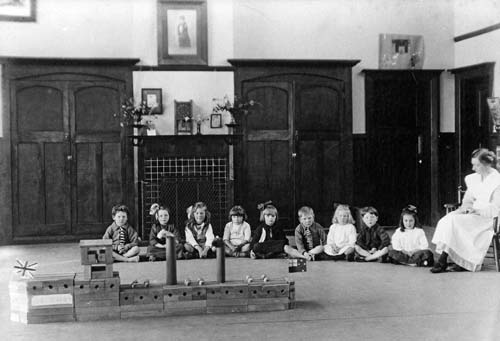 Rachel Reynolds led a small group of people who established New Zealand's first kindergarten in Dunedin in 1889. Her contribution was commemorated in 1914 when a new kindergarten in the city was named after her. The Rachel Reynolds Kindergarten remained open in the 2000s, though in a different location. These children were photographed with a ship they made out of wooden blocks, probably not long after it opened.