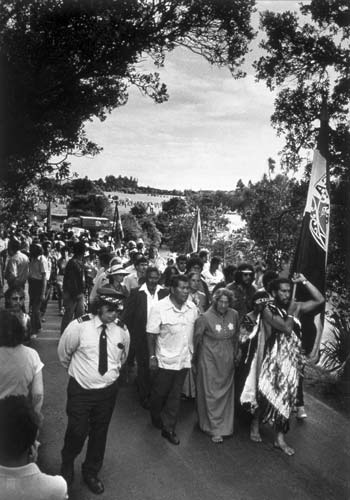 Annual commemorations of the signing of the Treaty of Waitangi have been occasions for protest since the 1970s. Some New Zealanders have expressed concern and anger that the treaty has not been equally observed by both partners. In 1984 a hikoi (procession) to Waitangi included representatives of tribes, church groups and some Pākehā, who called for an end to celebrations until the treaty had been honoured.