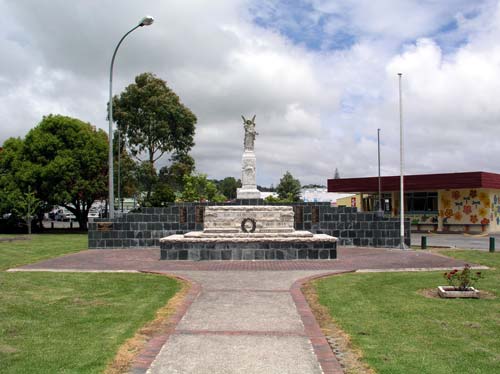 Kaitāia’s war memorial was erected in 1916, halfway through the First World War, when local dismay at the high New Zealand casualty rate was beginning to take hold. Part of the inscription reads: ‘In loving memory and in honour of our sons and relations both Māori and Pākehā, dead or living from the county of Mangōnui who willingly offered to sacrifice their lives to uphold the honour of the King and Empire and for the Glory of God in this terrible war which began in Europe in August 1914, and has since spread over the greater part of the world.’