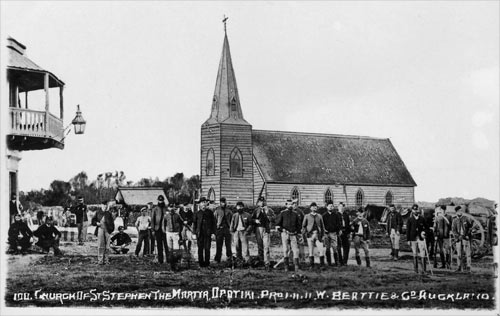 In the 1860s the face of government in Bay of Plenty was most often a military one. Many hapū (sub-tribes) challenged the authority of the settler government, which responded with a mix of conciliation and coercion. These colonial soldiers have travelled to Ōpōtiki by sea from Whanganui on the other side of the North Island.