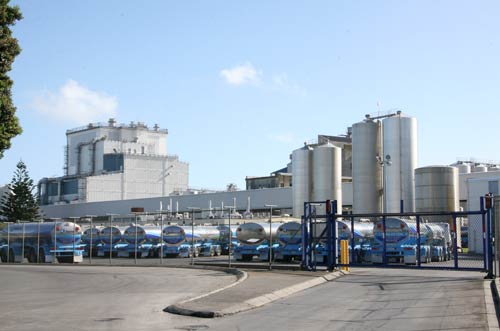 The giant New Zealand dairy company Fonterra had part of its origins in the small local dairy cooperatives of 19th-century Taranaki, which amalgamated with one another over time. By 1992 there was just one dairy company in Taranaki, Kiwi Dairies. It continued to expand, and in 2001 merged with the Waikato-based New Zealand Dairy Group to form Fonterra – one of the world’s largest dairy companies, with about 2,600 farms supplying milk. In peak periods about 14 million litres of milk are processed daily at the Whareroa factory, just south of Hāwera.