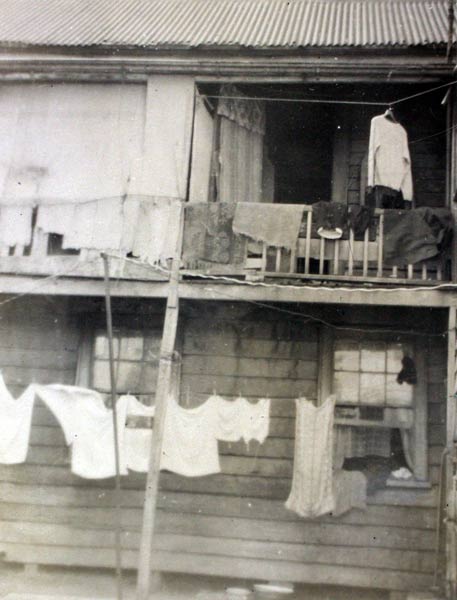 In 1951 the Auckland district office of the Department of Health undertook the uncompromisingly named 'Survey of dirty children in the Freeman's Bay area, Auckland.' The living conditions of families in this suburb were investigated. This house in Nelson Street was described as infested with rats and bugs. About 30 people (including children) lived there. An elderly couple slept on the part of the verandah to the left covered in canvas and sackcloth.

Permission of Archives New Zealand Te Rua Mahara o te Kāwanatanga (Auckland Regional Office) must be obtained before any re-use of this material.