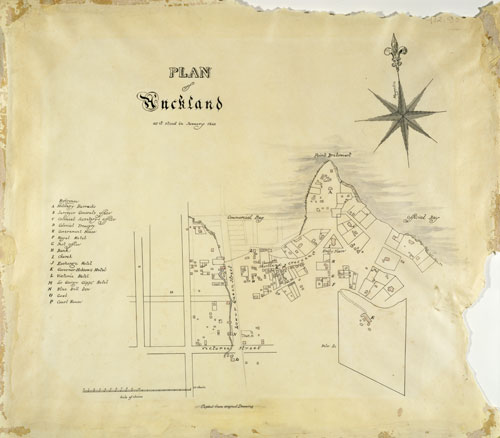 Auckland was a less planned settlement than centres further south, and attracted many migrants from Australia who paid their own way. However this early city plan of the 1840s suggests that like its sister settlements, Auckland was intended to be a very British place. Some street names – Queen, Victoria, Albert – pay tribute to the reigning monarch. Others, such as Wellington and Marlborough, recall Britain’s military heroes, and two honour New Zealand’s first administrators, Hobson and Shortland.