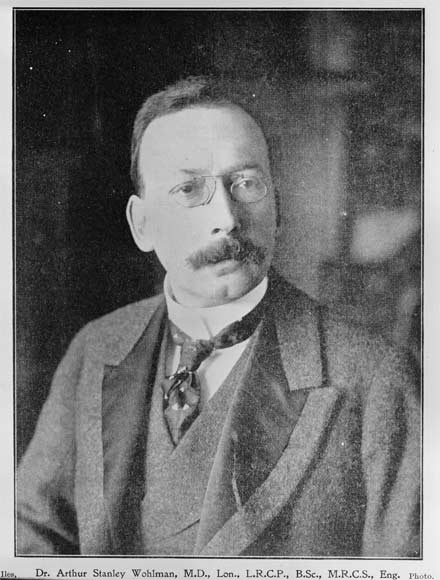 In the late 1890s the government decided to appoint a balneologist (an expert on medicinal springs) to advise on the development of thermal areas as spas. The first appointee was Englishman Dr Arthur Stanley Wohlmann, who had worked at the Royal Hospital at Bath. After touring the spas of Europe, Wohlmann arrived in Rotorua in 1902. As well as overseeing development of the spa there, including construction of the Tudor-style bathhouse, he visited and reported on thermal pools around the country. He wrote two publications, a popular guide to spas called The mineral waters and health resorts of New Zealand (1904) and a work for medical practitioners, Mineral waters and spas of New Zealand (1912). Because of his name, Wohlmann was the victim of misplaced anti-German hysteria during the First World War. He retired to a secluded house on the outskirts of Rotorua, and changed his last name to Herbert. It was under this name that he wrote his best-known work, The hot springs of New Zealand (1921), after his return to England in 1919.