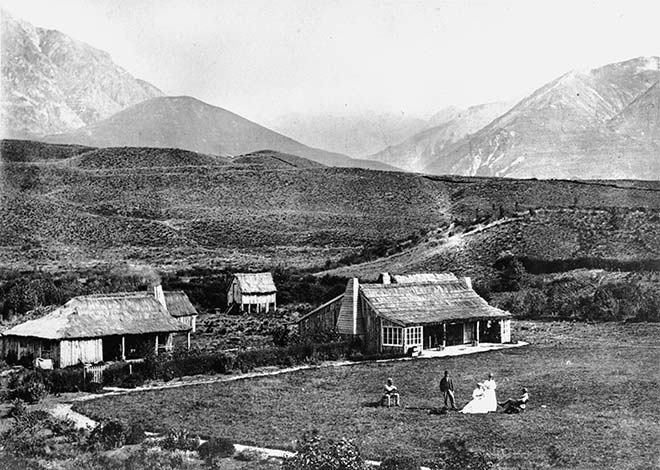 Mesopotamia sheep station, pictured in 1871, became famous as the setting for Samuel Butler's dystopian novel Erewhon (1872). The English-born Butler spent just four years in Canterbury, New Zealand, from January 1860 to June 1865, where he explored the mountains, established Mesopotamia, and began his literary career as a journalist. He left suddenly – it is believed because of a thwarted love affair – but back in London he was able to give full vent to his writing as well as pursuing other artistic interests. His stature as a major prose writer was established with Erewhon and confirmed by later books.