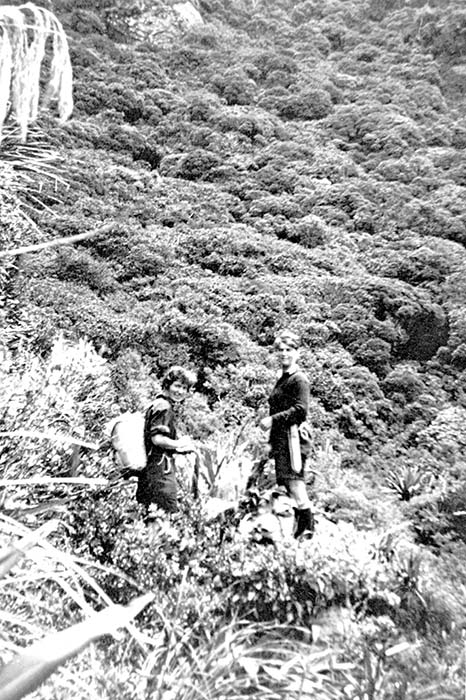 Lucy Cranwell and Lucy Moore are shown here on a botanical expedition at Maungapōhatu in the Urewera, in 1932. The 'two Lucies', as they were known, carried out expeditions throughout the late 1920s and the 1930s, recording field ecology data and collecting specimens for the Auckland War Memorial Museum. Cranwell was employed as a botanist by the museum from 1929 to 1944. In addition to her field expeditions, she organised the herbarium, set up displays, dealt with public inquiries and organised educational activities.