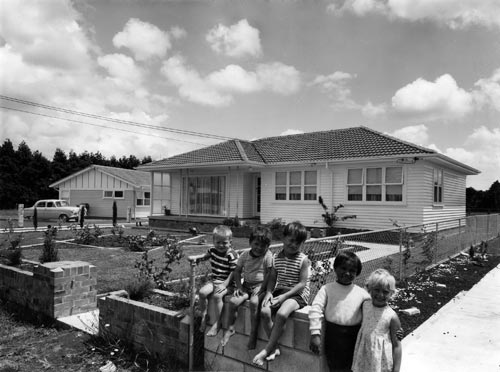 With many Māori moving to cities after 1945, Māori became eligible for state housing in 1948. Their houses were built by the Department of Maori Affairs, but were similar to those occupied by Pākehā tenants. In general their new homes were a significant improvement on those they had left behind in rural areas or in the older central-city suburbs. These children are outside a Maori Affairs house in Takanini, Auckland, in the 1970s.