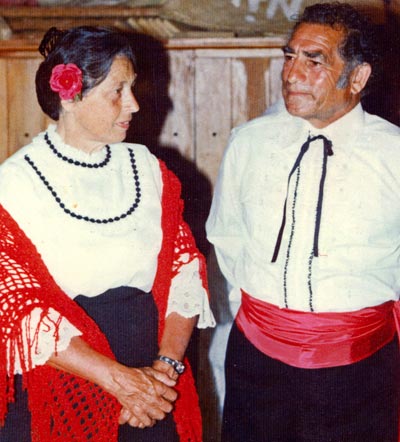 Manuel José was a trader of Spanish origin who arrived on the East Coast of the North Island in the late 1830s. He had five Māori wives, all of the Ngāti Porou tribe, and there are now thousands of descendants. Two of his great-grandchildren, sister and brother Connie and Hubert Hovell, were photographed at a family reunion in 1981.