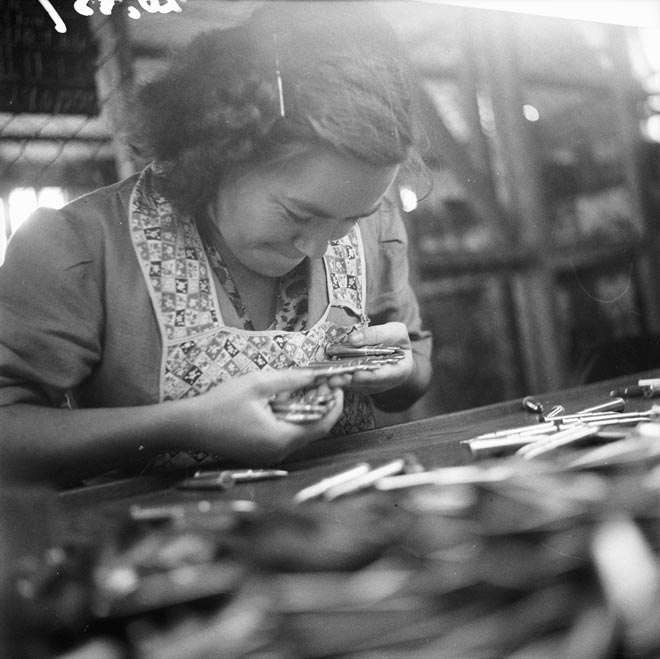 From 1942 both men and women became subject to 'manpowering' of their labour. Here a woman, probably Māori, examines bullets in a munitions factory in Hamilton in 1944. She was one of 557 women working in the factory. The war brought many women and Māori into the urban workforce.