Mum, Dad and the kids 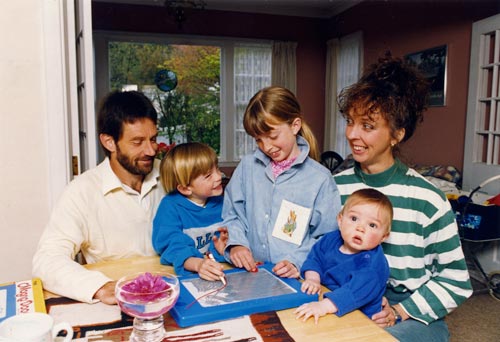 During the 1993 election the Labour Party campaign focused on 'Ken and Marion', parents in a fictional middle-income, conventional nuclear family. The Evening Post interviewed a real Ken and Marion, parents of three children, who lived in Lower Hutt. They discovered that this family was relatively well-off, as Ken earned $60,000 a year. They paid $1,000 a month on their mortgage and groceries cost $600 a month. The real Ken and Marion were concerned about unemployment, crime, education and health policies, and the future cost of tertiary education for their children.