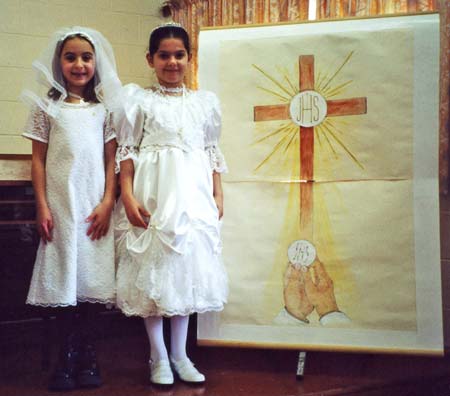 Between 1950 and 1975 the number of Maltese people in New Zealand had increased fourfold, from fewer than 100 to more than 400. Though the community was small, it had enough members to support a Maltese Association, which soon became an important focus for social activities. These two young girls, dressed for their first communion with other children of the Wellington Maltese community, were photographed in the early 2000s.

A Belgian beer café in Auckland