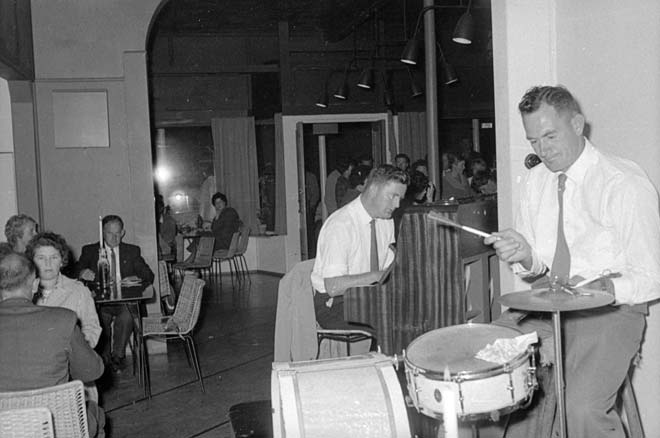 Modern cafés and coffee houses started opening in New Zealand cities from the 1950s. They were often run by continental European immigrants, and had European-influenced décor and food. The Chez Eelco coffee house was opened by Dutch immigrant Eelco Boswijk in Nelson in 1960. The café was instantly popular, and became a centre of artistic and cultural life in the city. This 1962 photo shows musicians entertaining the diners, while people queue for tables in the background. Chez Eelco closed in 2004.