Kōrero: Collections of plants and animals 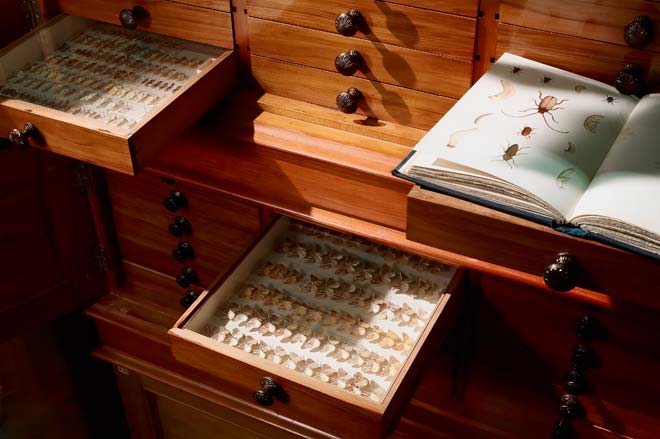 Entomologist George Hudson arrived in New Zealand in 1881, and made extensive collections of insects until his death in 1946. While his main interest was butterflies, moths and beetles, Hudson also collected flies, wasps, cicadas, wētā, grasshoppers and aquatic insects. His specimens were the basis for several beautifully illustrated books that he published with his wife, Florence.

Hudson was mainly interested in life cycles, but realised that many species had not been described. He spent much of his career carefully describing the insects before studying them in more detail. When he died, his collection was left to the Dominion Museum (now the Museum of New Zealand Te Papa Tongarewa).