Flight of the Conchords on The Simpsons 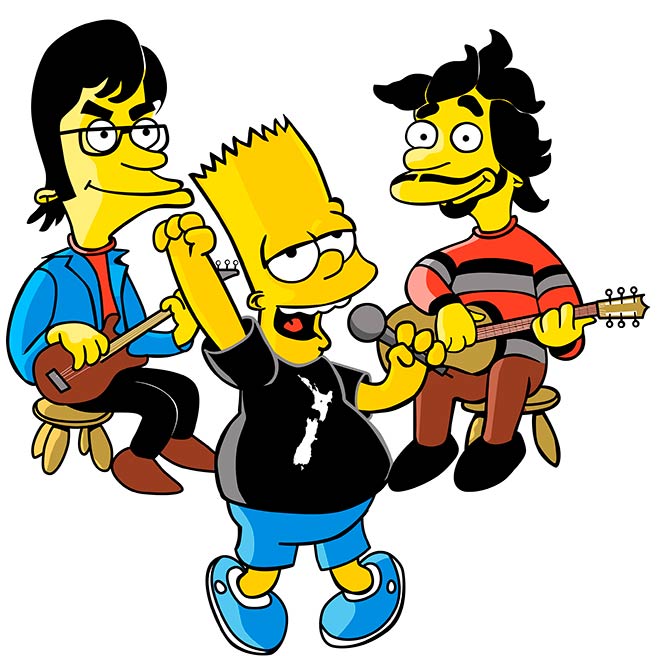 New Zealand folk comedy duo Flight of the Conchords (Jemaine Clement and Bret McKenzie) rose to fame in the early 2000s. Their popularity on American television led to an appearance on iconic television cartoon show The Simpsons in 2010. This cartoon by Michael Mulheron for Wellington's Dominion Post celebrates that triumph.