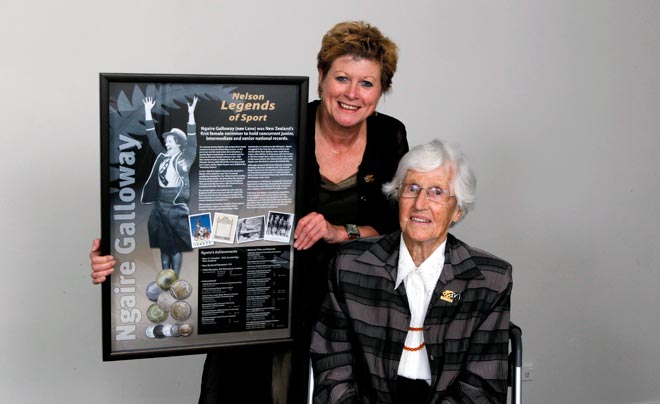 Kereyn Smith (left), secretary general of the New Zealand Olympic Committee, is pictured with 1940s Olympic swimming competitor Ngaire Galloway, who was inducted into the Nelson Legends of Sport in 2011. Smith became secretary general that year. Smith was previously the vice president of International Netball and chair of Netball New Zealand. She was the chief executive officer of the New Zealand Academy of Sport South Island and general manager of the Hillary Commission, among other positions.